Cooking outdoors is one of the most satisfying ways to create some delicious flavours.

It's a shame we aren't more adventurous in the UK when it comes to barbecuing. Most of us seem to stick to the standard sausage and pre-made burger options when we cook outdoors but I'm here to tell you that there is so much more you can do.

My garden is filled with outdoor cooking gadgets, from a pizza oven to a tandoor to a Weber BBQ – each one has its benefits and can be used for different types of cooking. But ultimately cooking over fire is a wonderful experience not only because the food tastes earthy and wholesome but it’s so much fun to do with friends and family. 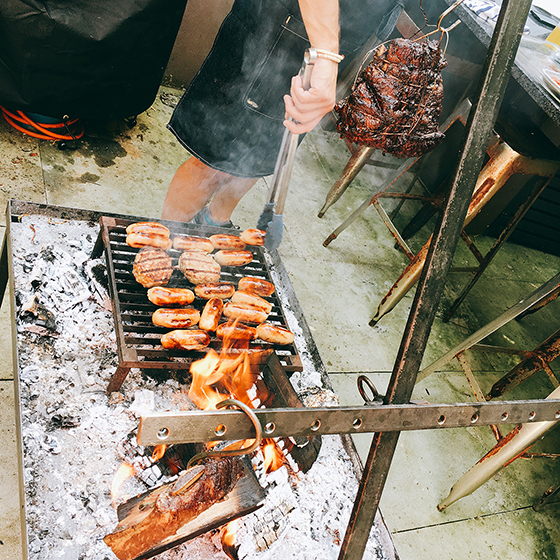 Being British, we don’t usually get the weather but all credit to us, we will barbecue come rain or shine so this year has been unbelievable. The summer has been spectacular and I cannot remember the last time we actually had proper sunshine to indulge in like this. So we have had no excuses this year to get grilling and I know loads of you have been doing exactly that.

If you are a bit of a novice when it comes to cooking over flames there are some basic points you need to know:

For some more helpful tips I found this quite useful from Certainly Wood.

One of the most exciting ways to cook on flames is the Argentinian asado which is becoming all the rage. I have seen forestry courses where you can go and cook outdoors and learn the techniques of these methods because it is so different to the way most people BBQ.

It’s not barbequing as we know it. In fact, most Argentinians would be horrified at us comparing it to a traditional English BBQ. It’s about cooking meat outdoors in its simplest form - grill, fire, meat but it's more than just the food it’s about the event itself.

Asado is a traditional way of preparing food in countries such as Chile, Uruguay and Argentina and the food would usually consists of sausages (chorizo or blood sausages), beef and offal that are cooked on open flames on metal stands or on a grill known as a ‘parrilla’. The meat is served with fresh condiments, salsas, salads and lots of red wine. 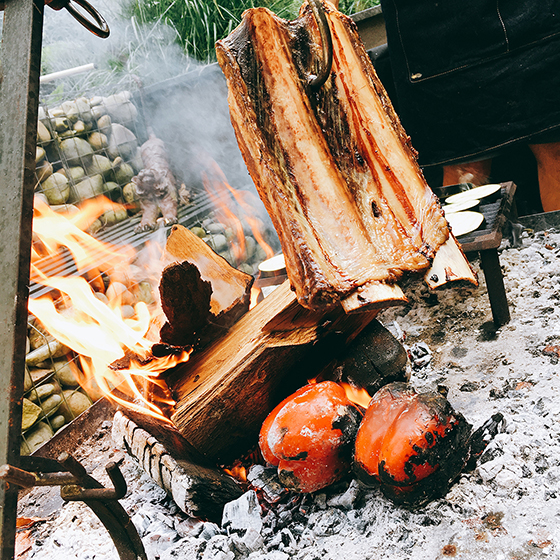 A traditional asado starts by lighting a fire usually on the ground or in a fire pit using charcoal from native trees. The fire is surrounded with metal crosses where the animal carcass is spread over to cook from the heat of the flames. Other asado styles use the direct heat from embers or hot coals once the flames and smoke have died down, a parrilla is placed over the hots embers and the meat is cooked on the grill.

Cuts of meat that are perfect for asado cooking are beef skirt, the flank, ribs, chorizo and sweetbreads and kidney. Some local cheeses are also grilled and served on baguettes too.

To aid my cooking experience, I used this fire starter kit from Certainly Wood. It had everything I needed to get the fire going which is the first step in getting a proper asado on. The logs in the pack are kiln dried and come from sustainable British hardwood. They are perfect for pizza ovens as well as for firewood because they generate a hotter heat and produce less smoke then other logs.

The starter pack was fantastic and had everything from kindling, logs, flamers and even matches to get my outdoor cooking experience going!

I used the logs with the flamers to get the fire started and surprisingly it was pretty easy to get going. Once the flames and smoke had burned through, the hot coals were spread out and the grill placed over them.

I had prepped the food and you know me, I just had to use a few spices - already doing it wrong I know!If you are looking for BBQ ideas then here are some of my favourite recipes for the grill. 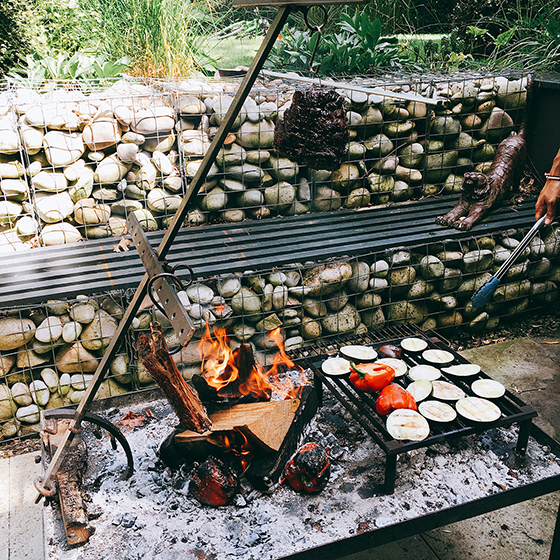 Once the wood had burned down to embers and the smoke had passed, the pork and ribs were hung and left to do their own thing, keeping it low and slow for about 3 hours. Two hours in the butternut squash went straight into the embers for about 30 minutes, scooped out and mashed with butter, salt and pepper. 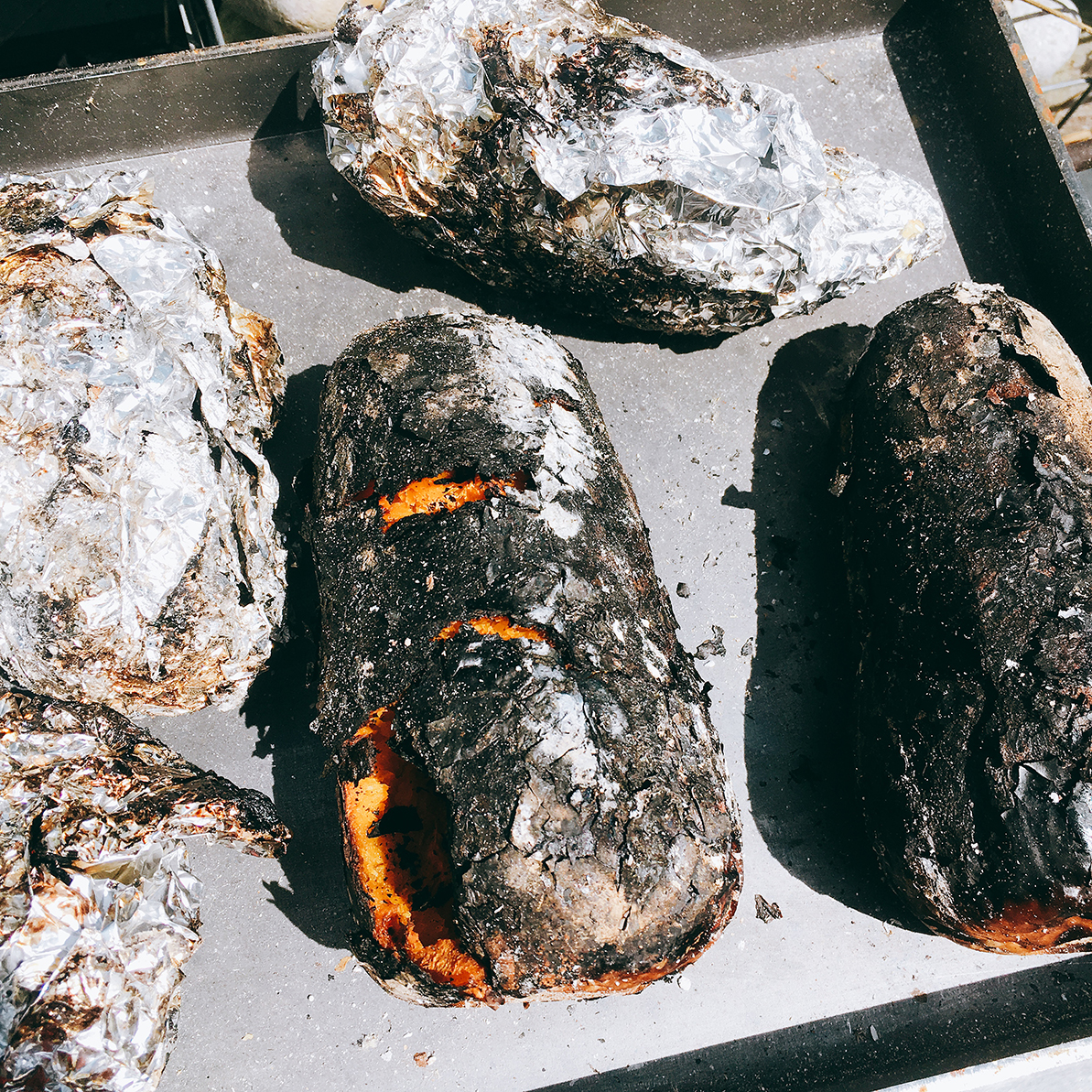 The marinated prawns, peppers and the other veg onto the grill with a splash of rapeseed and salt until charred and delicious. 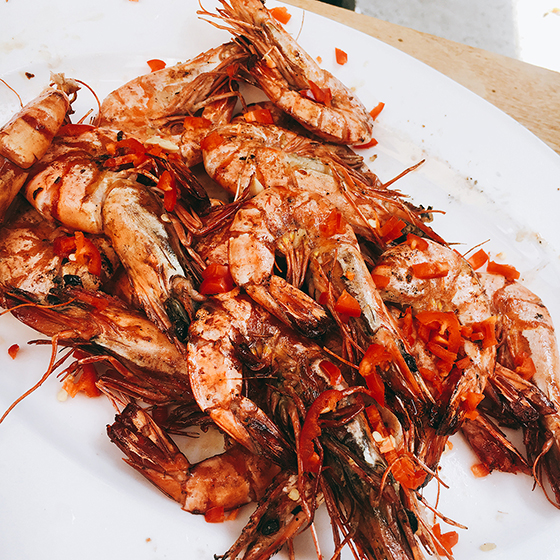 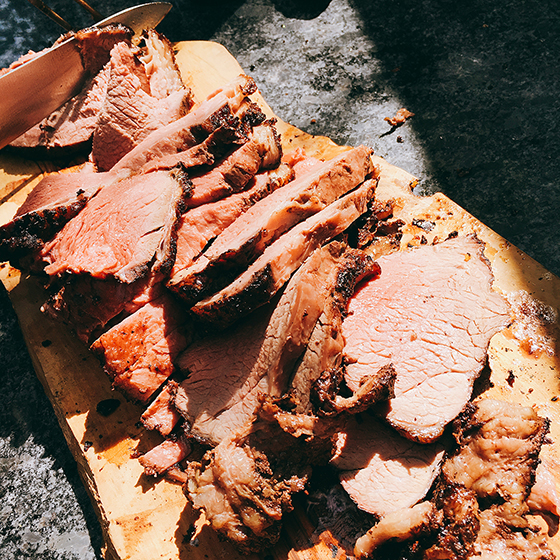 What can I say – I love low, slow cooking and to be able to cook and graze like this is my kind of heaven. The wonderful food which was barbecued but the flavours were different from the barbecuing we are used to in this country. It was more rustic, almost simple, but you could taste the flavour of the meat and the textures were amazing. I’m not a fan of rare or raw meat so this type of cooking is what I am all about. It was all washed down with a bottle of Malbec (not all me, I might add) and then the remaining logs from Certainly Wood were tossed onto the embers to spark up an evening fire for the perfect end to the night.

Disclaimer: I was sent wood to try for the purposes of this post. The fact I got it for free has not influenced my views in any way.