Something to warm the cockles!

Indian soups or shorba are truly intriguing because It's not really associated with Indian cuisine, well you wouldn't find it on the menu of your local takeout sitting alongside the Rogan Josh and the Tikka Masala but they are in fact hugely popular in India.

Something to warm you from the inside out!

As with most spectacular dishes there is a time and a place for them and I have to say with this freeeezing weather, now is definitely the right time!

Asian flavours are synonymous with soups when you look at Thai and Vietnamese food so we know the spices work. As far back as Victorian times the infamous Mulligatawny was being sipped up by the gentry so I think it's high time we started to take shorba more seriously.

The most well known has to be the Mulligatawny soup Apparently, this comes from a Southern India recipe (loosely translating to pepper-water) but in the west it has become a thick soup containing vegetables, rice and some curry powder (not as authentic as it could be). But through my experience of cooking and teaching, I have found that there are very different ideas on how a soup should be made. Some like it thick and creamy, others prefer more of a broth and some people like it right in between the two.

A traditional shorba is a very watery soup that is really strong in flavour so 'pepper-water' (without sounding like a red Indian is very true to what it is. They are mainly vegetarian and can be made with anything from tomatoes, to cauliflower to ginger but meat stocks, trotters are also frequently used. 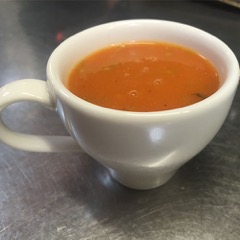 The whole purpose of a shorba is all about warming you from the inside out and in the winter months when it's really cold the 'shorba wala' will ride in with their carts and vats of warming soups to decant to the cold, sniffling public. Served in beautifully tactile clay pots that you can clamp your hands around to keep those fingertips warm. The warming selection of spices specifically chosen for their medicinal qualities to get your insides warming and fighting off any signs of winter bugs.

Although the original shorba is a spicy north Indian dish originating from Mughal cuisine in the South dishes like the wonderfully warming Rasam are similar. The spices and how the dish is produced are different. The Rasam is all about hot and sour spicing using curry leaves, tamarind and even lentil water but what they do have in common is that there is nothing better then this spiced water to wake up the mouth and the soul.

My mum would always have some Athrak (ginger soup) boiling away when it was cold or was feeling under the weather.

These soups would either be sipped away or eaten with rice to make them a little more substantial. 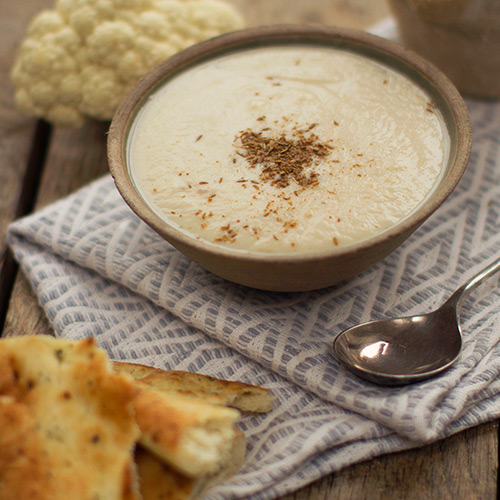 Or, you can have them more Indian in style as a spicy broth. I love to serve these as little appetisers at the start of a meal too. Anyway here are some Shorba's for you to try. Enjoy! 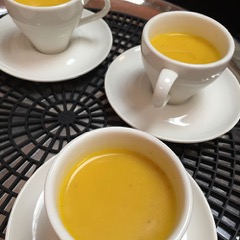